Commemorate the Flood of 1972

Beginning at 8:30pm, we will hold a memorial floating lantern ceremony on the Chemung River. Attendees will be able to walk with us to the river’s edge where we will set floating lanterns downstream, honoring those who lost their lives or were negatively impacted by the flood.

After the Rain: The Agnes Flood, 50 Years Later

To mark the 50th anniversary of the devastating flooding caused by tropical storm Agnes, the Corning Painted Post Historical Society presents After the Rain: The Agnes Flood, 50 Years Later.

Early in the morning of June 23, 1972, the Chemung River broke through its levies and caused flood waters to rise quickly and dramatically through the valley, ruining homes, businesses, and lives. In building back after the devastating losses, our community demonstrated resilience and commitment – and 50 years later, the community remains stronger for it.

The exhibition will showcase archival images, newspapers, and objects – including “flood mud” – from before, during, and after the flood, along with new artwork from local artists Mark Rubin and Julie Thurber. Visitors will be able to watch videos, listen to firsthand accounts, and share their own memories of the Agnes flood and the importance of the flood to life in Corning today.

The exhibition will be open to the public during the anniversary event at Heritage Village on June 23, 5pm to 9pm. 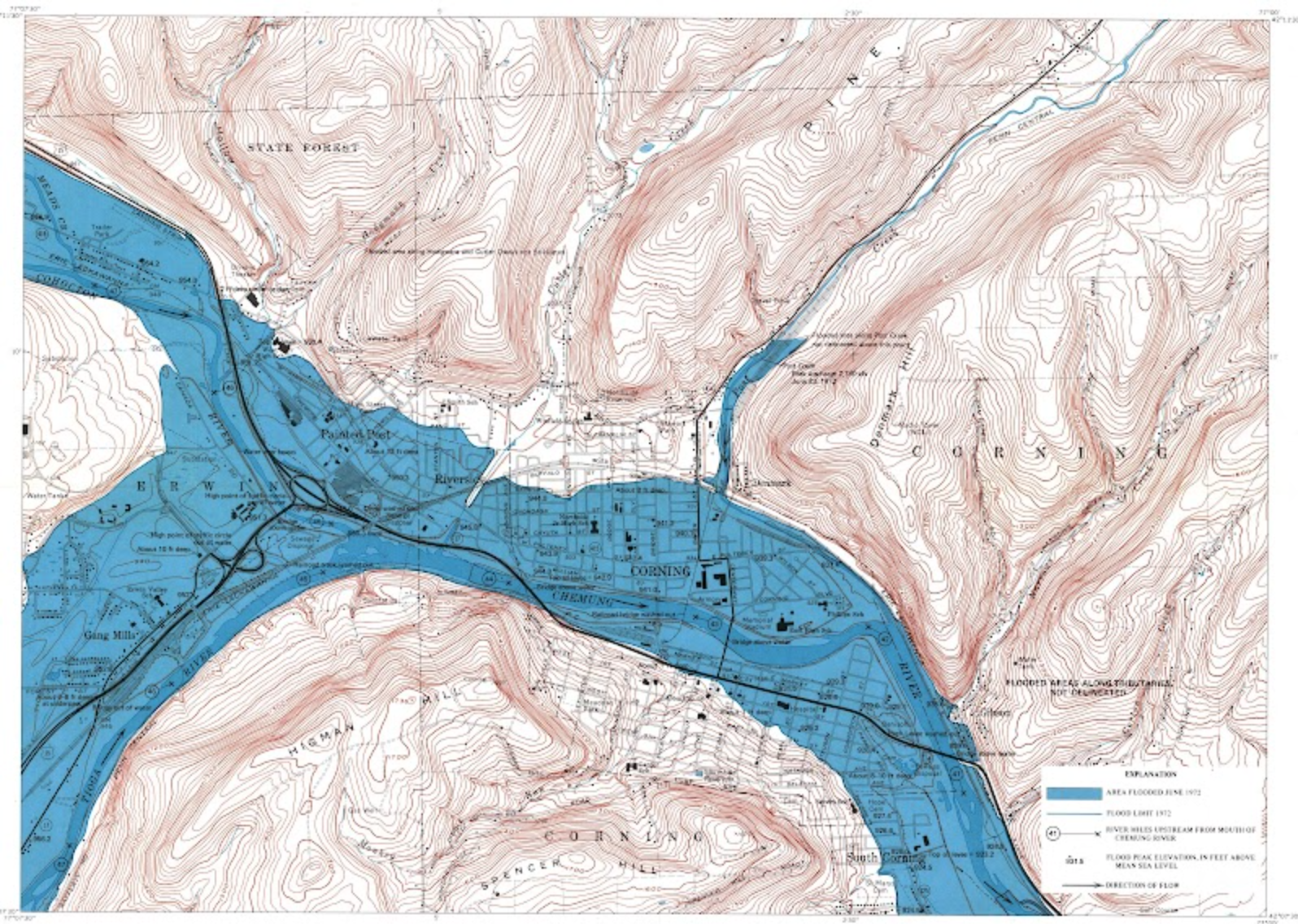 Learn More About the Flood

Exhibitions, stories, documentaries, and more have been created by individuals and organizations over the years. Below are some resources to watch, listen, and learn more about Hurricane Agnes and the Flood of 1972.

THE FLOOD OF ’72: COMMUNITY, COLLECTIONS, AND CONSERVATION

TALES FROM AGNES: 1972 FLOODING IN THE CHEMUNG VALLEY